This greet was the 2nd day of my 3 comeback greets from a gap of my job hunting, which I accepted from the end of April to the beginning of May.

Generally, a greet is full of fun, but I’m sure every greet includes some nervousness because we have no idea how the guests are or how the greet goes, before we face the moment. I feel such things now too even though I’ve been a guide or a greeter for more than 3 years.
But actually, there is an exception for me. That is, a trip with tourists of just about the same age. That’s because I can tell anything to them and help each other without hesitation, even if the greet would not go perfectly. So I was really looking forward to meeting him!

The guest was a young psychiatrist in U.S. who was a student until recently. Since I’m majoring in sociology right now, we have a lot of common parts. (Psychology and sociology are close areas when studying humanity) At the beginning of the greet, we enjoyed much talking about our study and work, at McDonald’s in Kyoto station.

After that, we visited Arashiyama, Kinkakuji temple, and Daitokuji temple.
My favorite of the day was Daitokuji temple. Perhaps, not so many tourists go there, but the temple is so huge and has various histories in every sub-temple inside. The one we visited was Zuiho-in. Its garden is special because of the background of Christian daimyo Otomo Sorin in 16th century, and represents Shenxian thought (an ancient Chinese ideology) Above all, there are usually few people there and you can relax much!

Why don’t you visit Daitokuji if you are tired of the crowd in the central city?

(The pictures are Okochi villa in Arashiyama and Daitokuji temple) 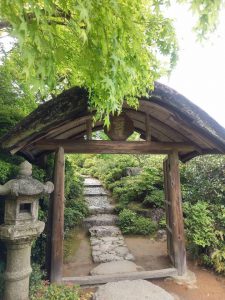 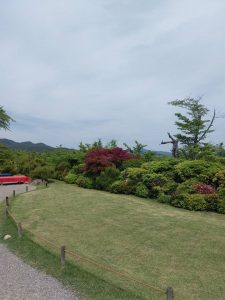 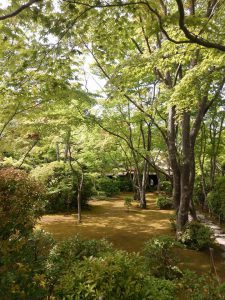 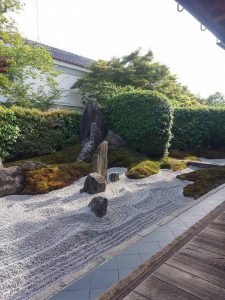 Greet with the guests from UK

Greet with the guests from Québec

We had a great time with this family from Québec!! We went to Kiyomizu temple, Yasaka shrine and Fushimi Inari shrin...

Greet with the guests from Malaysia!

Greet with the Guest from Hawaii!

【29th June, 2018】 I went to Katsura Imperial Villa with a wowan who came from Hawaii! We walked inside of the vill...

Greet with the guests from Australia!

June 14th, 2017. Today my guests and I walked around Higashiyama area. We saw the main statue of Kiyomizu temple a...

Greet with the guests from Germany!